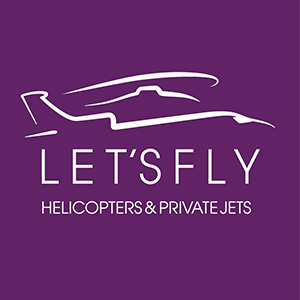 Thanks to the instructors and experience of Let’s Flyer, you will be able to prepare your European Private Pilot License Helicopter (PPL-H). As for a car license, the private helicopter pilot license authorizes you to use the device of your choice and carry your friends or family on a fun trip. At Let’s Fly Cannes Mandelieu you are trained by Cédric Bianchini, your instructor specialized in the subject and professional experienced on turbine helicopter. He is at your disposal throughout your learning at Let’s Fly. The course consists of approximately 150 hours of theoretical and practical courses. Theoretical courses are divided into several parts. The first is composed of 40 hours in the classroom at Let’s Fly Cannes Mandelieu, and the second, about 60 hours of personal work to be done on a tablet at your home in the form of MCQs. These theoretical courses allow you to acquire the basics of navigation, the operation of a helicopter and also prepare you for the final exam. In parallel, you will pilot one of the two Let’s Fly turbine helicopters, either on the American Bell 206 or on the AS350 European Squirrel. In dual order, your first hour of flight is the start of the helicopter from Cannes Mandelieu airport. Then, the instructor fully adapts to your profile and resources. In general, you begin the training by making a first flight in a straight line then you make turns and finally you communicate by radio. A training in which you continually learn something new. At the beginning of the practical training you perform exercises in flight by the sea between Cannes and Fréjus and after, depending on the exercises and your evolution, you begin to land in a field near Fayence and its surroundings, about thirty minutes on average from Cannes Mandelieu. Depending on your availability and the pace of your flights with the instructor, private helicopter training requires an average of 6 months to 1 year of training. As for the examination, it is more consequent than that of professional pilot. The knowledge of the student is tested from A to Z. From the start of the machine, to the knowledge of the machine, through radio procedures, navigation, regulation, weather and procedures, emergencies, landing in the field or confrontation with different failures, the examiner tests all of what you have learned in theoretical and practical courses. The average duration of the flight test is 2h-2h30. Once equipped with your Private Pilot License (PPL-H), which is valid for life, you can travel the day anywhere in the world on the type of helicopter on which you have been examined. Each year you will have to pass a flight test to revalidate your right to fly